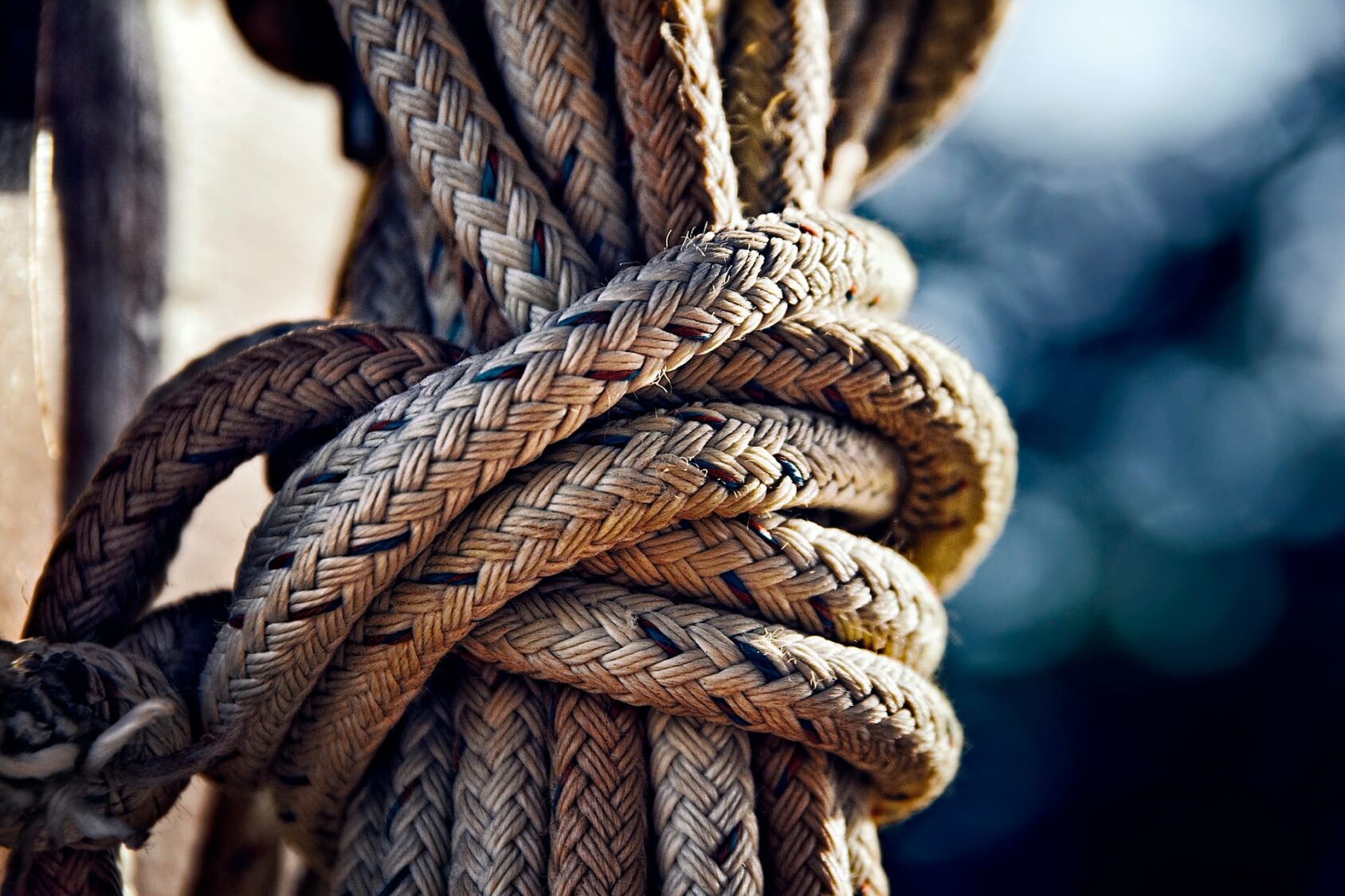 Before embarking on his daring journey to proclaim the gospel to the unreached nation of India, William Carey made a request of the Baptist Mission Society. Comparing his perilous undertaking to descending into a dark pit supported only by a rope, Carey asked his supporters to hold the rope. He knew that it was his calling to go, yet he could not succeed without the continued support of those who stayed. He needed rope-holders committed to sustaining him as he descended ever-deeper into the dark unknowns of India.

Although Carey did not explicitly state what he meant by “holding the rope,” its meaning is made clear by reading his groundbreaking work, An Enquiry into the Obligations of Christians to Use Means for the Conversion of the Heathens. In his Enquiry, Carey calls the church to the perilous, yet necessary, task of global missions. After refuting objections to the missionary enterprise, he then calls the church to act. Carey certainly expected some to follow his own example of leaving his life of comfort and moving to the mission field. However, he knew that most christians would remain at home.

How then would Carey have those who stay serve the cause of missions? Explaining the duties of those he would later call “rope-holders,” Carey exhorted all believers to pray for missions, plan ways for reaching the nations, and give sacrificially to the cause of Christ around the globe.

What happens when we pray? Do we change the eternal, divine plan of God? Does he begrudgingly give in to our requests, putting aside what he knows is best for what our feeble minds have conceived? Certainly prayer does not change God or his plans, for “God is not a man, that he should lie, or a son of man, that he should change his mind” (Num. 23:19). He does all that he pleases (Ps. 115:3), and no man can put God into his debt. And yet, we know that prayer is effective!

How then do we understand the relationship between our prayers and God’s plan? We must distinguish between the ends and the means of his will. God has decreed all that will come to pass, ensuring that none of his purposes will fail. Yet he also decrees the means he uses for accomplishing his will, and one of those means is our prayers. In the same way that God uses preachers to accomplish his plan to save lost sinners, he answers our prayers in fulfilling his sovereignly ordained plan to see the name of Jesus proclaimed and adored by all nations. Prayers for missions and the nations are truly effective, for in answering them, God works out the mystery of his will to the praise of his glorious grace.

Knowing these truths, how can we fail to pray for missions? How can we neglect the very means through which God will accomplish his divine plan? We are welcomed into the purposes of God, made active participants in the salvation of a great multitude from every tribe, tongue, language, and people group. God truly answers our prayers for the nations and missionaries who go to them. We have an indispensable role to play in the outworking of God’s plan, and we must not fail to pray for the great needs of global missions.

Unlike ministers working to reach the lost in Carey’s native England, missionaries would need to adopt new tactics to reach much of the world with the gospel. At home, English pastors experienced no language or cultural barriers, and they could easily work out of their existing churches. Seekers also knew where to hear the gospel message, for they were well-acquainted with church culture since childhood. These realities shaped how English pastors ministered to the lost, influencing their methods for proclaiming the gospel.

Missionaries would face a radically different set of circumstances. They would need to overcome language barriers, in some cases developing a written form of the language and teaching it to the natives before they could even begin distributing Bibles. They would face vastly different cultures and need to proclaim the gospel message in such a way that it addressed the specific needs and questions of their new contexts. They would be bringing a wholly new message, proclaiming a crucified and risen Lord who reigns over every being in the universe. Missionaries would need to preach the same gospel message as their brothers in England, but their methods and strategies would be slightly different.

Due to these different needs and cultural contexts, the church must make plans for how to reach the nations with the good news of Jesus Christ. We cannot sit back and expect the gospel to make its way to the lost and dying world without our active involvement. Paul certainly believed in the inherent power of the gospel to convict the hearts of sinners (Rom. 1:16), yet this truth did not stop him from developing plans to reach distant lands with the gospel message (16:23-24). As a local church, as a convention of churches, and as the global people of God on earth, we must engage our minds to develop plans and strategies to take the gospel to every corner of the world, proclaiming the glorious name of our Lord and Savior Jesus Christ.

Missionaries face many expenses while serving on the field. From the basic necessities of food and housing to ministry-specific resources including Bibles and language study materials, the financial needs are great. Like vocational pastors, missionaries should generally get their living by the gospel (1 Cor. 9:14), receiving monetary compensation for their labors. Yet unlike pastors, missionaries are often unable to receive income from those to whom they minister, for their efforts are primarily directed towards unbelievers. Thus, local churches must commit to financially supporting missionaries on the field.

As members of a Southern Baptist church, we at Oak Park already give to international missions through a portion of every dollar given to the general church offering. We designate a set percentage of our money to support the Cooperative Program, which directs money to the various entities of the Southern Baptist Convention. Out of every dollar that the SBC receives through the Cooperative Program, more than fifty cents goes to international missions. Thus, if you are regularly giving to Oak Park, you are already supporting the cooperative efforts of Southern Baptists across the world to reach the nations with the gospel of Jesus Christ.

We also collect an annual offering that directly supports international missionaries. Collected every December, the Lottie Moon Christmas Offering, named for the pioneering missionary to China, Lottie Moon, this offering is in addition to our regular giving through the Cooperative Program. In 2020 alone, Southern Baptists gave over $170,000,000 to the Lottie Moon offering, over $20,000 of which came from Oak Park. Since it began in 1888, the offering has collected over five billion dollars, every cent of which supports missionaries on the field.

As Southern Baptists, we are a people defined by missions. The International Mission Board is the crown jewel of international missions, sending more workers to the field than any other agency in the world. Yet these efforts cannot succeed without the sacrificial giving of churches like Oak Park. We must remain faithful to give to missions, for without the intentional efforts of men and women to take the gospel to places where the name of Jesus has never been heard, millions of people will be born, live, die, and enter into a Christless eternity without ever hearing the good news of a loving Savior who died for the sins of the world.

God calls all of us to play a role in fulfilling the Great Commission. For some of us, this will mean leaving the comforts of the United States for the difficulties of life on the field. However, for most of us, we will remain at home, yet we are no less responsible for reaching the world for Christ. We must pray, asking God to raise up workers and bring men and women from across the globe to saving faith in the Lord Jesus Christ. We must plan, considering the most biblical and effective means for taking the gospel to the nations. We must give, laying up our treasure in heaven, knowing that our heavenly reward will be far greater than any money we cling to on earth. As we support the men and women who have given up earthly comforts in the service of their Master among the lost and unreached, let us hold the rope, supporting them until the day we standing the great heavenly congregation, worshiping the glorious Christ alongside the redeemed from every tribe, tongue, language, and people group.

Thomas Spivey (MDiv, The Southern Baptist Theological Seminary) serves as the Managing Editor of the Oak Park Blog. He lives in Jeffersonville with his wife, Cristen.